Visit to the Lithuanian Department of Strategic Communication. A small country that has a great geopolitical importance, subject to numerous attacks of disinformation.

The palace is an old building dating back to 1602, when it hosted the Jesuit Novitiate. It is surrounded by other buildings, among which a church, that were property of the Society of Jesus. Years go by, and centuries, and the buildings were destined to other uses: Polish and German military and administrative offices between 1914 and 1945. Even in the Soviet times.

Currently the palace, impressive but lightened by an architecture with essential lines, sits next to the Presidential Palace. There is not any visible sign of its current use: that is the Minister of Defense of Lithuania in Vilnius. No sentry box with armed soldiers. Just a monument, a huge bronze bust, guards the palace. He is Žemaitis, the commander of the anti-Soviet resistance, killed on November 26, 1954 in the Butyrka prison in Moscow by the agents of NKVD of Berjia.

The appointment is at 1pm. Our contact gave us the authorization for a meeting in the Strategic Department of Communication. A kind person at the entrance checks our vaccination certificates and passports. He scans a list and finds our names. We cross a turnstile, and our contact welcomes us. Then a labyrinthine path awaits us, between small and wider aisles, stairs to go up and down. We hope that later someone walks us out… we think, by exchanging a quick side glance. We are sure that we can’t retrace that “Borgesian” labyrinth. After the last ramp of narrows stairs, and a door like any other, we go into an office. Desks and computers where men and women work, some are wearing military uniforms, others aren’t. Their task is to analyze everything on the Internet and in all media about Lithuania.

We walk beside a desk, and just past one, a military man at that desk looks at us, he stands up and asks: “Are you the two journalists interviewing the captain Algirdas Spurga at the Belarus border?”. We smile. Yes, we are.

Another door and we go in a meeting room, with a huge screen on a wall. The person who explains to us in detail the tasks and operations in the Department is a young analyst. We can just say that. No more. We can’t give any other detail that could identify them. Or that could identify the place of our meeting. We can record, but we can’t publish their voice. Just the transcription of our interview.

“The work of the Department of Strategic Communication – explains K, invented name – is based on a careful analysis of what is published about Lithuania in different media, domestic and foreign. It is not an intelligence job – they point out. The team of analysts is limited to finding publications and news that talk about the country. A small country such as Lithuania, in fact, has been the subject, especially in last few years, with a peak from the beginning of 2021, of a hammering campaign of disinformation. According to the data collected, excluding December, (the meeting took place in early December NDR) in the last eleven months more than a thousand cases of disinformation were detected compared to 2020”. It is about nine thousand cases, in total. “The main topics of disinformation and propaganda focused mainly on relations between Lithuania and Belarus, followed in second place by those relating to Russia and therefore to relations between our country and Russia”.

According to the reports that the analysts write every month, we see that the disinformation concerns any field: defense, politics, social security, economy, up to fake news regarding culture and education. Constitutional principles have also been under attack lately.

Our source continues: “…We are detecting numerous attacks on this issue: on the work of our border guards, on domestic and foreign policy towards migrants, for example. Disinformation and propaganda in particular about supposedly violated human rights”. A campaign that has been going on for at least four years. The Baltic country and NATO, to which Lithuania belongs, are accused of provoking the Russian Federation and Belarus. “The propaganda campaign goes so far as to say that Lithuania is not a democratic country, but a fascist one, which treats migrants inhumanly. They invent and spread fake news: the migrants are not rescued, they are beaten, attacked with dogs. Last August, one item of fake news reported that the body of a man who died in Lithuanian territory, had been thrown across the border in Belarus. That was false and had been widely denied by available evidence”.

That is dezinformatsiya and it has been going on for years. We have often noticed them too, reading articles, scrolling through titles in the most varied media. Our analyst confirms it once again. “… The pressure on the media is really high. The issues are always the same. Lithuania is a failed state, which fails to address the pandemic crisis, the migration crisis, organizes aggressive military exercises in collaboration with NATO”.

The cases of fake news detected by the Department in October and November 2021 were 430 and 487 respectively. Of these, 192 concern the migration crisis. “What is highlighted in fake news is the inability of the Lithuanian government to govern not only this crisis. It is a state that cannot protect its own borders, and therefore cannot protect its own citizens. Refugees don’t receive enough food or shelters, children are left to fend for themselves. Reality, and everyone can see it, is of course completely different”. There have also been reports that Lithuanians do not speak Lithuanian, that they are becoming Arabic, that the country will become an Islamic Caliphate… They sound outrageous to our ears, but somebody who doesn’t know much about the subject could very well believe them.

Our source cannot tell us the reason for so much tenacity. It is our job to search for links and find them. Lithuania has been the refuge of the Belarusian opposition for years, a diaspora that has grown in the aftermath of the fraudulent and unfair elections that kept Lukashenko in charge. Svetlana Tikhanovskaya, leader of the opposition, found refuge in Lithuania where her people’s struggle against the regime continues. But that’s not enough. Lithuania is now part of a “Risk game” that sees many actors, not just Russia. China, for example, has expansionist ambitions over Taiwan, which is considered a rebellious province, and not an independent nation. China did not look favorably to the opening of a consular office, practically with embassy functions, in Vilnius.

Fake news, narratives launched on international information circuits according to the classic techniques of dezinformatsiya. For example, mixing real, harmless and easily verifiable news, with others that are biased or totally false. And they are the first to join the others.
“… My country, Lithuania, is a sovereign democracy, pursuing a foreign policy geared towards supporting other democracies. It doesn’t matter which hemisphere they are in”. With this statement our conversation ends. K, we remind you that the name is invented, opens a door, accompanies us along a short corridor and we are outside the palace, on a street different from that of the entrance. 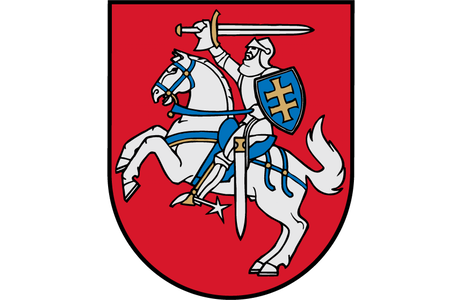 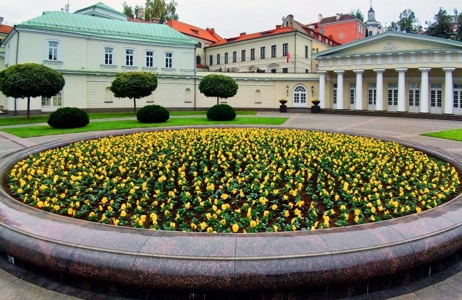